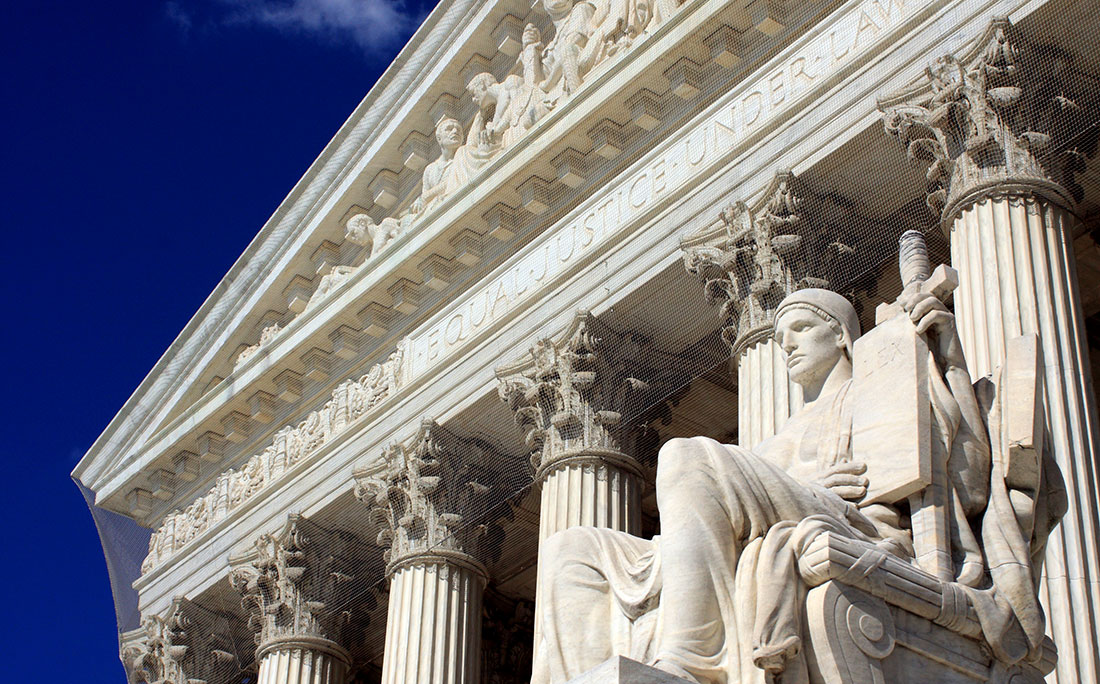 While the world still definitely isn’t back to “business as usual” with the COVID-19 pandemic, things are starting to look a little more normal for landlords due to the Supreme Court blocking the CDC’s most recent eviction moratorium on August 26. The Court ruled in favor of the plaintiffs 6 to 3. The justices divided over party lines, with the more Conservative justices voting to end the moratorium.

Here’s what you need to know about this decision and how it may impact Las Vegas evictions!

Background to the Lawsuit

As often is the case, this SCOTUS decision was many months in the making. The Alabama and Georgia Associations of Realtors (supported by the National Association of Realtors) filed their lawsuit against the Centers for Disease Control in November of 2020. This was about two months after the CDC’s first eviction moratorium. Their suit was on behalf of housing providers across the country who were no longer allowed to evict tenants who were behind on rent payments.

On June 29, 2021, there was a small win for the plaintiffs when five of the Supreme Court Justices were in agreement that the CDC did not have the proper authority to suspend evictions across the nation. Yet, originally, these justices decided to let the eviction freeze remain in place through the end of July. Justice Brett Kavanaugh stated that if the eviction suspension were going to go past the end of July, Congress would need to pass new legislation giving the CDC the right to do so.

The Biden Administration Steps In

July 31 came and went without any such legislation being passed. However, Congress members including Cori Bush camped out on the steps of Capitol Hill urging the Biden administration to extend the moratorium. Four days later, the Biden administration acted to extend the moratorium through October 3, 2021. Bush had previously urged her colleagues to support legislation extending the moratorium through the end of 2021, but her efforts her unsuccessful.

This time, the moratorium supported by the Biden administration was a bit different than the past eviction freezes. The focus was on the cities where coronavirus appeared to be the worst with increasing cases of the delta variant. Given the startling numbers of cases nationwide, this applied to roughly 90% of American renters. The eviction moratorium would have been the fourth extension. However, the extension noted that renters would lose this protection if their community stopped experiencing high transmission of COVID-19.

This is when the lawsuit over the eviction moratorium headed back to Court and ultimately was decided in favor of property owners across the country. The Supreme Court made it clear that Congress was to blame for their decisions. Since they had previously stated that Congress would need to act and Congress did not act, the only choice was for the Court was to end the moratorium. Although the White House said they were disappointed in the Court’s ruling, they ultimately can’t make a move to change the decision.

The Effects of the Eviction Moratorium on Landlords

Although the federal government allocated $47 billion for rental relief to help landlords, this number still pales in comparison to what was lost. In addition, while this number was allocated to landlords, states have still been painfully slow about distributing the money to landlords in need. In fact, 15 states have distributed less than 5% of federal funds to those in need.

Property owners have been losing an average of $19 billion a month due to the moratorium. This number represents about 15 million people who are behind on rent. Even with the exceptions given in the moratorium (such as if tenants were engaged in criminal activity or damaging the landlord’s property), it still left landlords with insufficient options to make up for the lost income. After nearly a year of the moratorium, many mom-and-pop property owners have lost so much rental income they will never be able to earn back.

As the Court put it in their unsigned order “the moratorium has put the applicants, along with millions of landlords across the country, at risk of irreparable harm by depriving them of rent payments with no guarantee of eventual recovery.”

While the ability to evict tenants now still provides no solution for regaining that lost income, this will help you stop losing future income.

What Does This Mean for Tenants of Las Vegas Homes for Rent?

Nationwide, it’s estimated that over 3.5 million people are at the point of no return with missed rent payments are could be evicted very soon. This is about 6% of all renters. In the state of Nevada, almost 24,000 renters are likely facing eviction soon which is about 3.4% of renters in the state.

It is important to note that even with the court’s ruling, the National Association of Realtors cautions housing providers about acting too swiftly to evict tenants. They warn that some state courts will be slow to process the decision. There are also some states and cities that have their own eviction moratoriums in place which will remain in place in spite of the Court’s decision. Neither Nevada nor Las Vegas has frozen evictions on their own.

If you’re a landlord that needs to do some evictions following the court’s ruling, you may find yourself increasingly stressed. After all, if you haven’t evicted anyone in nearly a year, doing it again (and likely with multiple tenants) can be especially intimidating. You’re out of practice and if you’re a newer landlord, you may never have even gone through this process before.

No one likes evicting, but sometimes it’s necessary. That’s why you may want to take advantage of our Las Vegas eviction services! We can eliminate this stressful task from your task list and make sure you’re compliant with all local, state, and federal laws. Once we’ve evicted any tenants behind on their rent on your behalf, you can move on to finding new paying tenants that are interested in Las Vegas homes for rent.

As a Las Vegas property management company, Triumph Property Management can help you get through this process with ease. We’ll handle your evictions and find your fantastic new tenants. To learn more, get in touch with us today!